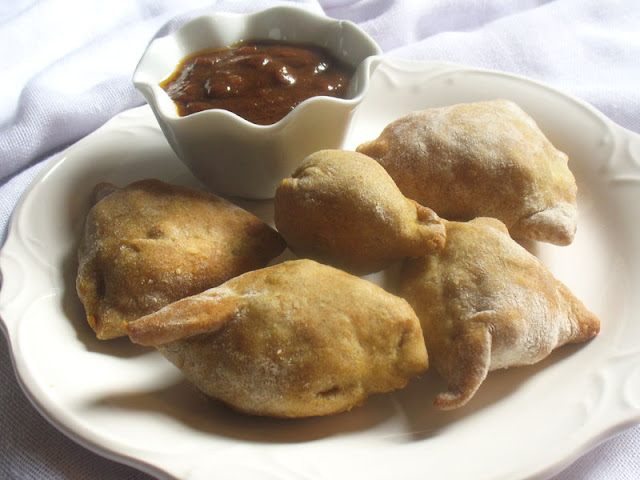 I’ve introduced many diners to Indian food and I’ve always found that one of the best ways to initiate those unfamiliar with Indian cuisine is to offer up some appetizers.

Of all Indian appetizers, samosas are possibly the most popular. Fried savory pastries stuffed with a spicy vegetable filling, or sometimes a meat filling, samosas can be found on the menu in every North Indian restaurant. A combination of potatoes, cauliflower, carrots or green peas is often the favorite choice for the filling. Typically served as an appetizer along with coriander or tamarind chutneys, samosas can also make for a fine small entrée. 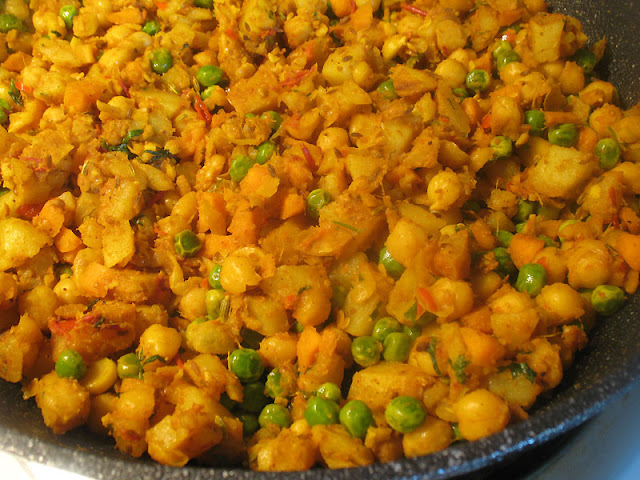 It’s actually been quite a number of years since I’ve gone to the trouble of making homemade samosas, but I wanted to indulge one of my frequent cravings for Indian appetizers with a baked version. I admit to enjoying many restaurant samosas, but I’m less inclined to want to eat greasy foods than I used to be. I’m also less inclined to eat large portions before dinner too, and many of the restaurant samosas are a bit more samosa than I want before dinner. I’m a fan of little bites — they’re a great way to serve an appetizer without stuffing your diners before the main entrée.

So coming up with baked mini samosas was just the way to satisfy both my appetite and my interest in experimenting in the kitchen. I consider potatoes and green peas to be the classic vegetable ingredients for a samosa stuffing, but I filled out this combination with some diced carrot and plump tender chickpeas in addition to the Indian spices. Served with a classic restaurant-style tamarind chutney, these were a big hit. 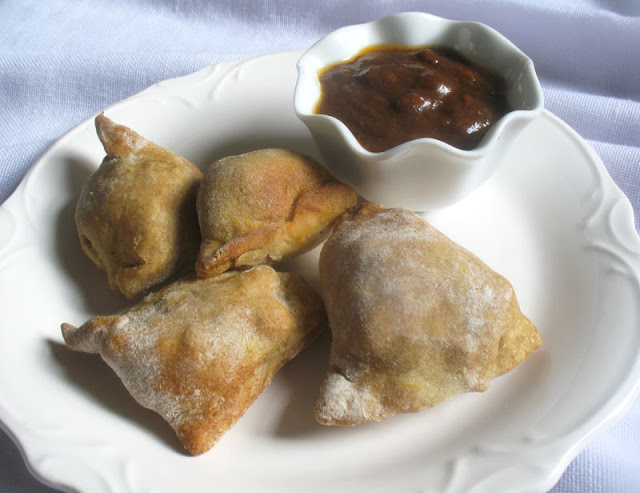 These did take a while to make, I admit. The filling is a snap and the dough is easy to work with, but it’s a bit of a fussy process to shape the samosas. But the process becomes faster with a little practice, and by the end of the batch the samosa were flying on to the baking sheet. The effort was worth every bite. 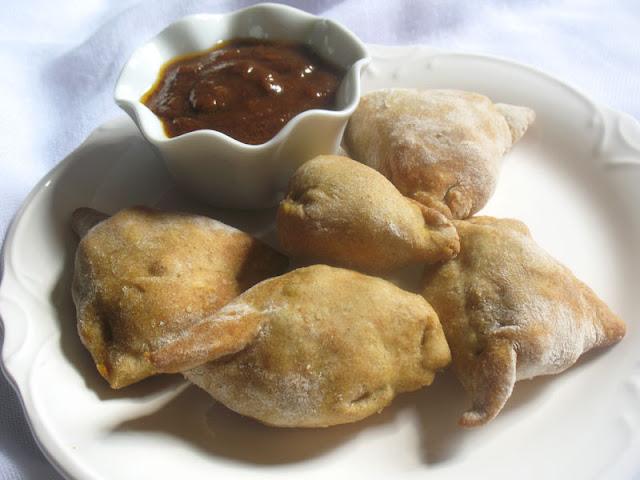 On the top of the reading stack: Food52 Vegan: 60 Vegetable-Driven Recipes for Any Kitchen

Powered by WordPress | Designed by Tielabs
© Copyright 2020, All Rights Reserved